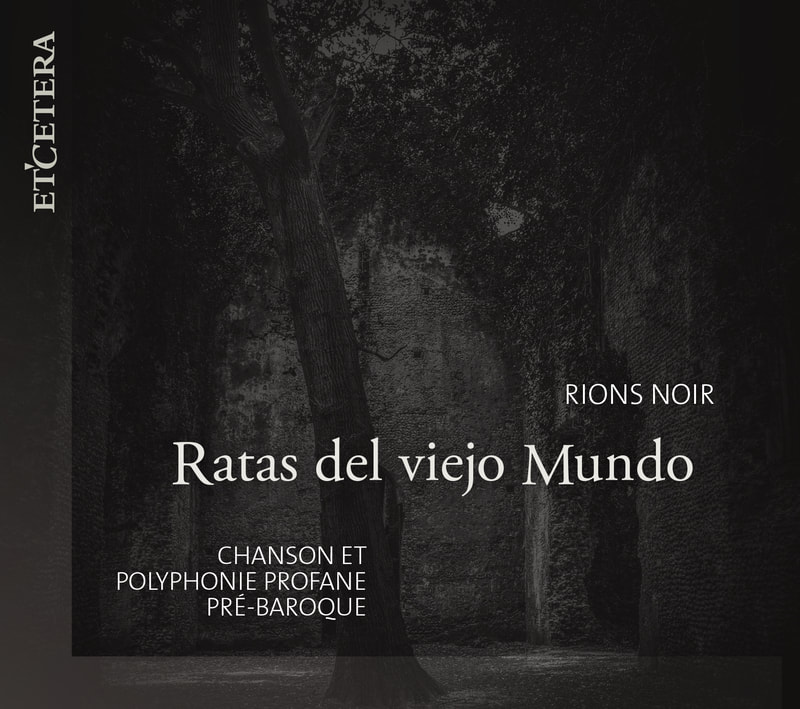 The Rats of the Old World is an international ensemble that consists of unique voices and instruments from all over Europe. It brings highly refined pre-1600 profane music to the podia of the biggest concert halls. Ratas del viejo Mundo equally honours music from instrumental and oral folk traditions as well as the most respected polyphonic compositions.
-
Ratas del viejo Mundo is a brand new international collective conceived by lutenist Floris De Rycker. Musicians from Norway, Lithuania, Germany, Belgium, Spain and Austria search for personality, freedom, subtleness, colour and interpretability of age-old polyphonic lyrics in pre-1600 profane music. Jumping effortlessly from one corner of the polyphonic repertoire to the other the Ratas add an unusually intense emotional layer to it.

Ratas del viejo Mundo tiptoe from [1] instrumental music, [2] chansons to [3] massive polyphonic compositions in one and the same concert or cd programme, showing the profound links between these repertoires and their creators. Furthermore, the collective breaks down the boundaries between written down music and oral vocal and instrumental traditions. A traditional Occitan song can be as spiritual as - with all due respect - a contrapuntal setting by Josquin. And what melomaniac would not adore Le Roy [1], Binchois [2] or Goudimel [3] in one fell swoop?

In the 16th century half of all lute repertoire consisted of adapted vocal pieces! With a lute virtuoso for a bandleader - The Old World Rats almost naturally specialize in instrumental diminutions meticulously comparing instrumental adaptations of vocal compositions. The detailed lute tablatures offer interesting ficta in this regard that remain otherwise unknown. And, which are transferred back to the singers of the group. Finally, Floris De Rycker decides whether and what orchestration adds value to a piece. In  the case of La nuict froide et sombre by Lassus for instance, it is all about vocal intensity and colours by the singers.

Ratas del viejo Mundo bring a rare liveliness to pre-1600 repertoire. Often a complex contrapuntal web with a secure architectural structure the Rats of the Old World infuse each piece with a daring, honest emotionality. Floris De Rycker cherry-picks pieces for their intrinsic qualities rather than concentrating on a particular composer or theme. Performing, the rats walk the tightrope between virtuosic, festive compositions and music reflecting stillness, serenity and loss.
-
Find the rats on Facebook or YouTube.
Klik hier om te bewerken.
Proudly powered by Weebly